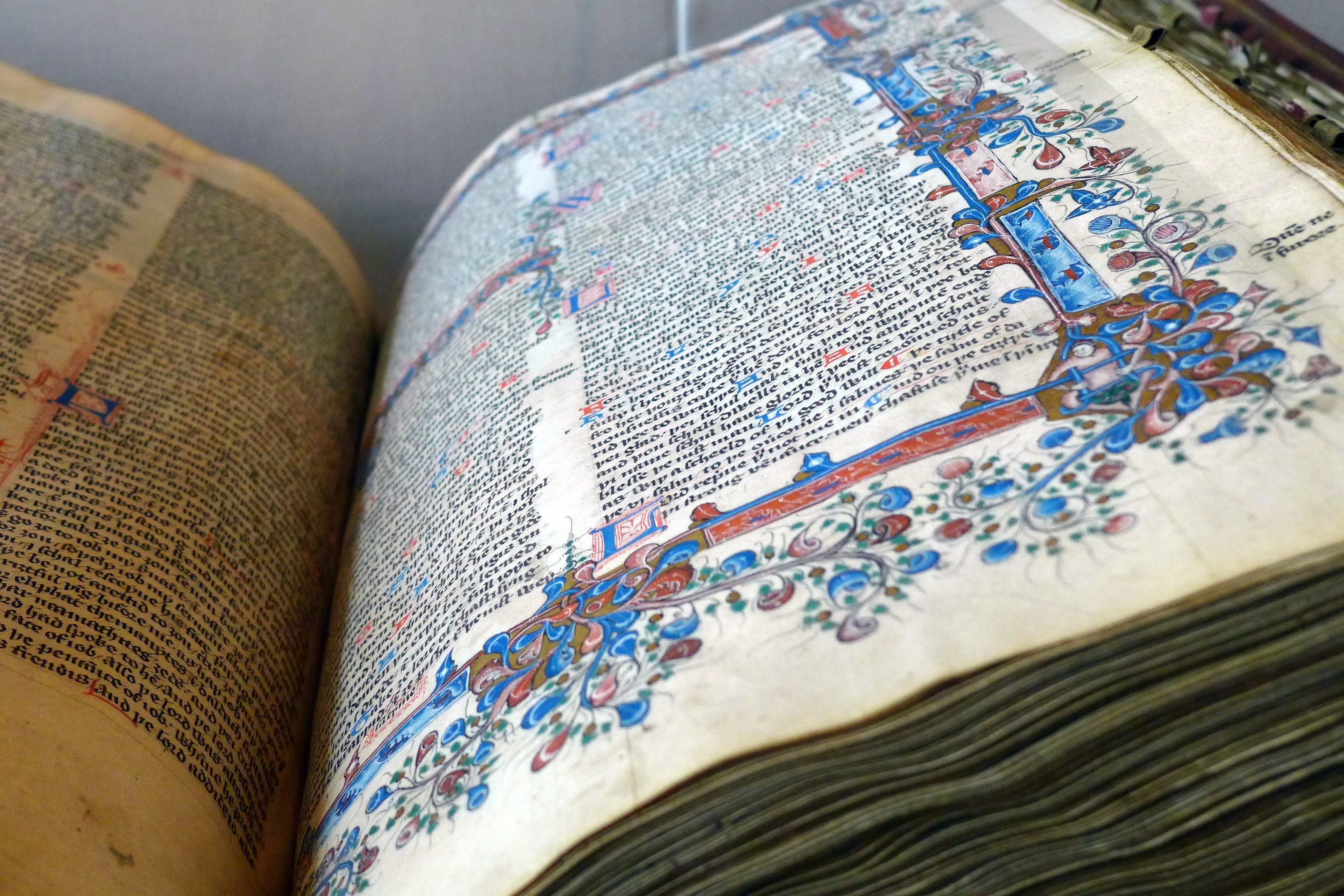 In reality, Tyndale was a criminal, a breaker of the law. He knew very well that it was illegal to make an unauthorized translation. A look at the facts behind Tyndale’s death should scatter the notion that Catholics murdered him for simply translating the Bible, just another fanciful “history” of the Catholic Church.

Preparations to burn the body of William Tyndale. John Foxe’s Book of Martyrs, 1563. Tyndale was strangled and then his body was burned.

With other readers I tried to defend Tyndale to Patrick. Patrick wasn’t convinced and could only see Tyndale as a criminal. Having thought this over, I’m learning at last that Protestants and Evangelicals – Bible believers – cannot win The Argument with Rome or its followers, but in spite of this fact must answer from the Word of God. Catholics will answer back with “Who gave you the Bible? We did!”, but we will have honored the Lord Jesus Christ – praise Him forever!

So here is a Biblical answer to Patrick who maintains that as a lawbreaker Tyndale deserved to be punished; and that it was the State that executed him and that the Church of Rome didn’t have much to do with this.

17 But the high priest rose up, along with all his associates (that is the sect of the Sadducees), and they were filled with jealousy. 18 They laid hands on the apostles and put them in a public jail. 19 But during the night an angel of the Lord opened the gates of the prison, and taking them out he said, 20 “Go, stand and speak to the people in the temple the whole message of this Life.” 21 Upon hearing this, they entered into the temple about daybreak and began to teach.

Now when the high priest and his associates came, they called the Council together, even all the Senate of the sons of Israel, and sent orders to the prison house for them to be brought. 22 But the officers who came did not find them in the prison; and they returned and reported back, 23 saying, “We found the prison house locked quite securely and the guards standing at the doors; but when we had opened up, we found no one inside.” 24 Now when the captain of the temple guard and the chief priests heard these words, they were greatly perplexed about them as to what would come of this. 25 But someone came and reported to them, “The men whom you put in prison are standing in the temple and teaching the people!” 26 Then the captain went along with the officers and proceeded to bring them back without violence (for they were afraid of the people, that they might be stoned).

27 When they had brought them, they stood them before the Council. The high priest questioned them, 28 saying, “We gave you strict orders not to continue teaching in this name, and yet, you have filled Jerusalem with your teaching and intend to bring this man’s blood upon us.” 29 But Peter and the apostles answered, “We must obey God rather than men. 30 The God of our fathers raised up Jesus, whom you had put to death by hanging Him on a cross. 31 He is the one whom God exalted to His right hand as a Prince and a Savior, to grant repentance to Israel, and forgiveness of sins. 32 And we are witnesses of these things; and so is the Holy Spirit, whom God has given to those who obey Him.”

33 But when they heard this, they were cut to the quick and intended to kill them.

34 But a Pharisee named Gamaliel, a teacher of the Law, respected by all the people, stood up in the Council and gave orders to put the men outside for a short time.

35 And he said to them, “Men of Israel, take care what you propose to do with these men. 36 For some time ago Theudas rose up, claiming to be somebody, and a group of about four hundred men joined up with him. But he was killed, and all who followed him were dispersed and came to nothing. 37 After this man, Judas of Galilee rose up in the days of the census and drew away some people after him; he too perished, and all those who followed him were scattered. 38 So in the present case, I say to you, stay away from these men and let them alone, for if this plan or action is of men, it will be overthrown; 39 but if it is of God, you will not be able to overthrow them; or else you may even be found fighting against God.”

40 They took his advice; and after calling the apostles in, they flogged them and ordered them not to speak in the name of Jesus, and then released them. 41 So they went on their way from the presence of the Council, rejoicing that they had been considered worthy to suffer shame for His name. 42 And every day, in the temple and from house to house, they kept right on teaching and preaching Jesus as the Christ.

The History of Protestantism by ‘James Aitken Wylie, Book 23 — Protestantism in England From the Times of Henry VIII, Chapter 4 — Tyndale’s New Testament arrives in England