Alexander Hislop, in his work, The Two Babylons, states,

“This tendency on the part of Christians to meet Paganism half-way was very early developed; and we find Tertullian, even in his day, about the year 230, bitterly lamenting the inconsistency of the disciples of Christ in this respect, and contrasting it with the strict fidelity of the Pagans to their own superstition.

‘By us,’ says he, ‘who are strangers to Sabbaths, and new moons, and festivals, once acceptable to God, the Saturnalia, the feasts of January, the Brumalia, and Matronalia, are now frequented; gifts are carried to and fro, new year’s day presents are made with din, and sports and banquets are celebrated with uproar; oh, how much more faithful are the heathen to their religion, who take special care to adopt no solemnity from the Christians.’

“Upright men strove to stem the tide, but in spite of all their efforts, the apostasy went on, till the Church, with the exception of a small remnant, was submerged under Pagan superstition. That Christmas was originally a Pagan festival is beyond all doubt. The time of the year, and the ceremonies with which it is still celebrated, prove its origin.” (pages 91-93)

Why Some Christians Dont Celebrate Christmas

Lately, I’ve posted excerpts from this article, here and here. This is the introduction:

To speak against Christmas observance is considered by many people to be sacrilegious and others as religious fanaticism. After all, how can anyone legitimately oppose such a hallowed institution?

The purpose of this study is to set forth scriptural reasons for opposing Christmas celebration. A brief historical survey will provide the suitable means for such an examination. Following an initial look at the origins of Christmas, we will note historic opposition to its observance, with special emphasis on Protestant objections to the holiday. We will see that Protestants, and especially Presbyterians, have rejected Christmas celebration, as demonstrated by the following facts: (1.) the scriptural principles of worship upheld by Reformed churches; (2.) the confessional testimony of the churches; (3.) the historic practice of the churches in their most orthodox times. 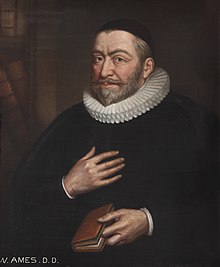 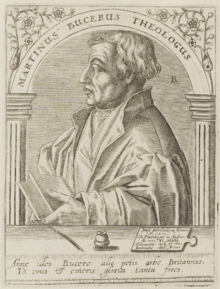 “I know how difficult it is to persuade the world that God disapproves of all modes of worship not expressly sanctioned by His Word.

“The opposite persuasion which cleaves to them, being seated, as it were, in their very bones and marrow, is, that whatever they do has in itself a sufficient sanction, provided it exhibits some kind of zeal for the honor of God.

“But since God not only regards as frivolous, but also plainly abominates, whatever we undertake from zeal to His worship, if at variance with His command, what do we gain by a contrary course?

“The words of God are clear and distinct,

Obedience is better than sacrifice.

In vain do they worship me, teaching for doctrines the commandments of men.

“Every addition of His word, especially in this matter, is a lie. Mere ‘will worship’ (ethelothreeskia) is vanity [Colossians 2:23].

“This is the decision, and when once the judge has decided, it is no longer time to debate.”

Christmas: An Historical Survey Regarding Its Origins and Opposition to It, by Kevin Reed

8 But then, indeed, when you did not know God, you served those which by nature are not gods. 9 But now after you have known God, or rather are known by God, how is it that you turn again to the weak and beggarly elements, to which you desire again to be in bondage? 10 You observe days and months and seasons and years. 11 I am afraid for you, lest I have labored for you in vain.

11 Beloved, I beg you as sojourners and pilgrims, abstain from fleshly lusts which war against the soul, 12 having your conduct honorable among the Gentiles, that when they speak against you as evildoers, they may, by your good works which they observe, glorify God in the day of visitation.

Most Bible believing Christians I know don’t celebrate Halloween because of its obvious association with witchcraft, horror, and death. Christmas is another story however, because as it is celebrated by Christians it is seen as a celebration of the birth of Jesus Christ and who can object to this? Only people who are misguided and. . .well, fanatical.

Most of the devout Christians I know celebrate the season; otherwise, they have no interest in the liturgical calendar. I’m disheartened and perplexed. Is the celebration of Christmas really adiaphora, that is, indifferent, a matter of conscience? How can this be when it’s common knowledge that Christmas originates in the pagan world and Catholic Rome.

Wikipedia: In Christianity, adiaphora are matters not regarded as essential to faith, but nevertheless as permissible for Christians or allowed in church. What is specifically considered adiaphora depends on the specific theology in view.

Though it seems early to be thinking about all of this I believe it’s important to get a head-start on the season by learning what Christians who have been opposed to the celebration on biblical grounds have had to say about it. Since they are sound in other respects, they should at least be given a hearing. 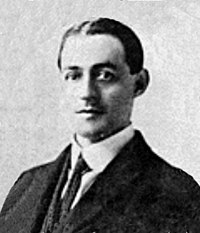 Arthur Walkington Pink (1 April 1886 – 15 July 1952) was an English Bible teacher who sparked a renewed interest in the exposition of Calvinism. Virtually unknown in his own lifetime, Pink became “one of the most influential evangelical authors in the second half of the twentieth century.” ~Wikipedia~

Christmas is coming! Quite so: but what is “Christmas?” Does not the very term itself denote its source – “Christ-mass.” Thus it is of Roman origin, brought over from paganism. But, says someone, Christmas is the time when we commemorate the Savior’s birth. It is? And WHO authorized such commemoration? Certainly God did not. The Redeemer bade His disciples “remember” Him in His death, but there is not a word in scripture, from Genesis to Revelation, which tells us to celebrate His birth. Moreover, who knows when, in what month, He was born? The Bible is silent thereon. Is it without reason that the only “birthday” commemorations mentioned in God’s Word are Pharaoh’s (Gen. 40:20) and Herod’s (Matt. 14:6)? Is this recorded “for our learning?” If so, have we prayerfully taken it to heart?

And WHO is it that celebrates “Christmas?” The whole “civilized world.” Millions who make no profession of faith in the blood of the Lamb, who “despise and reject Him,” and millions more who while claiming to be His followers yet in works deny Him, join in merrymaking under the pretense of honoring the birth of the Lord Jesus. Putting it on its lowest ground, we would ask, is it fitting that His friends should unite with His enemies in a worldly round of fleshly gratification? Does any true born again soul really think that He whom the world cast out is either pleased or glorified by such participation in the world’s joys? Verily, the customs of the people are VAIN; and it is written, “Thou shalt not follow a multitude to do evil” (Ex. 23:2). . .